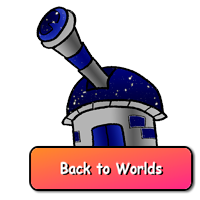 This is my pet project, and one of my oldest worlds. Think what would happen if Fleischer met the old MTV bumpers, and you'd get what the Toon Project is. Mostly.

The Toon Project, aka Project ¡!, is set in a chaotic, zany cartoony world inhabited by talking animals and living objects, that gets even more unstable whenever music is involved. It follows the domestic (yet strange) adventures of Rufo, a cartoony dog DJ, and his two best (and weirdest) friends: Medley, a sentient radio; and Flux, a mysterious creature made of ink. Together, the three form the Interrogang, and try to make a living and eventually become famous looking for all sorts of music gigs. 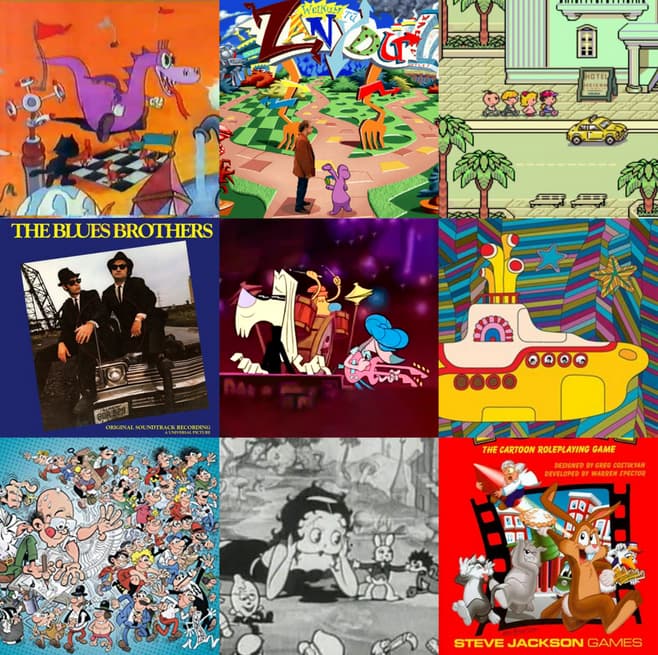 RULES OF THE WORLD

This is a brief run-down of what this world is about, and how it is organized. This is also meant to tell you the "philosophy" behind its creation.

This means there are talking animals and living objects and slapstick violence runs rampant, but nobody seems to die or get hurt for too long. Also, a lot of silly nonsensical stuff happens. The kind you shouldn't think too hard about.
There are fun music video elements, just because I love them and they tie well with the music aspect of the story. Abstract, flashy backgrounds, synchronized music and animation, trippy visuals... Who knows, maybe as my animation skills get better, I might make an actual music video in the future!
Here we believe that nowadays, media takes itself too seriously, and tries to make telenovelas out of cartoons. That's not the case with Project ¡!. The stakes are usually not high, and there are no character deaths or a strong focus on heavy topics.
Here, we don't mind being a bit loose in the narrative, or not making sense all the time, or not being "realistic". Here, we don't make self-deprecating gags about this being "a cartoon" or "fiction", or we try to pull your leg with a big plot twist that comes from nowhere and frankly, it's only there to make headlines. Here, we don't sacrifice who we are for the sake of shocking the audience, and we revel in the fact that we are fiction meant to delight and entertain. We're genuine in here. 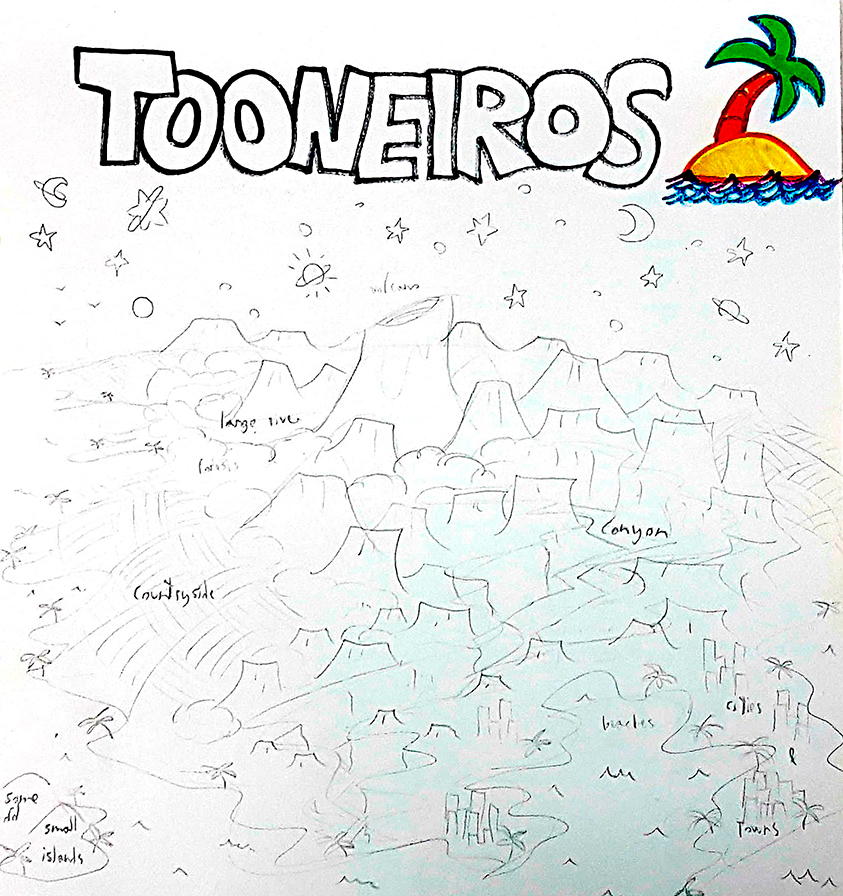 Tooneiros is the home of all ¡! characters. It's a summery island set on an unstable reality where the laws of the natural, logical world barely apply, making of Tooneiros a wacky, chaotic, zany place where animals talk, objects are alive, gravity just does whatever, and everything can go souther with a strong musical presence.

The map above is just for the sake of visualization and reference, and it is not meant to be a 100% accurate representation. However, there are a few constant landmarks: a volcano, a canyon, and significant foresty & countryside areas. Most cities are coastal cities, although the capital of the island, Swancastle, is places in the interior of the island.

This is a list about things that make Tooneiros different from the real world.

"Toon" is the name any inhabitant of Tooneiros receives. These take the form of animals and objects, and there are no humans here. They come in all kinds of shapes, sizes and styles. However, there are traits shared among all Toons:

Talking animals are the "organic" inhabitants of Tooneiros.

Living objects are the "artificial" inhabitants of Tooneiros.