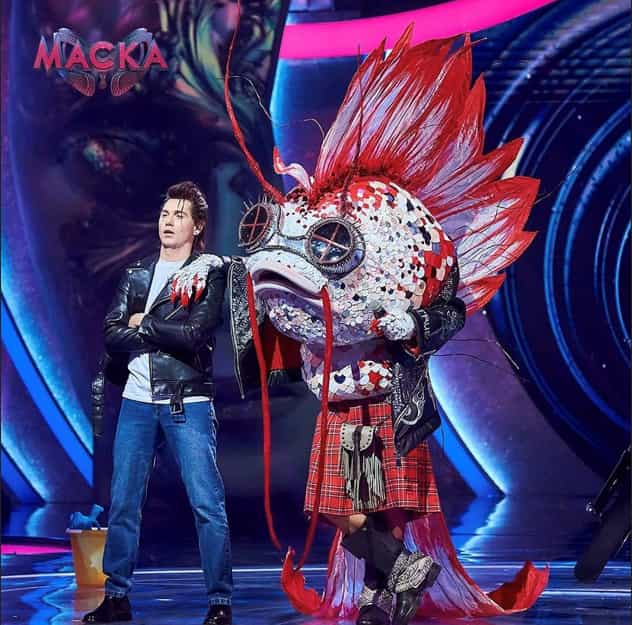 Som (homemade romanized form of COM) is a catfish mask from the Ukrainian version of The Masked Singer.

As you might know by now if you browsed around my website or talked with me about art for a while, you will know that I love a good stage performance. Similar to music videos, when visuals and audio combine to create something exciting, mesmerizing, visually interesting and eye-catching, that's pure art to me.

Well, Som has the honor of having a perfect performance streak on my book. All his performances are fun, different and unique among eachother. All of them connect with his character in a way that makes sense. He's got a beautiful voice too: whether it's the deeper one he used at his first ones or the more mellow one he uses on his later ones. He kinda sounds like someone you'd meet in college. 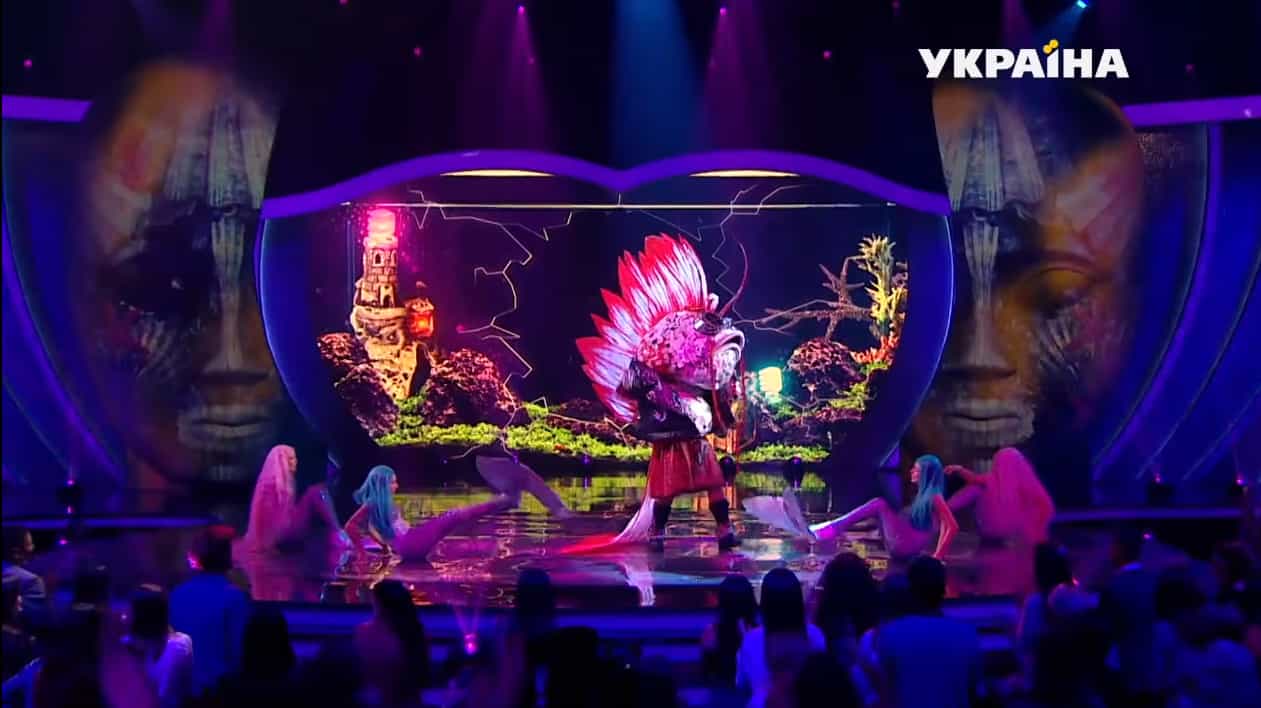 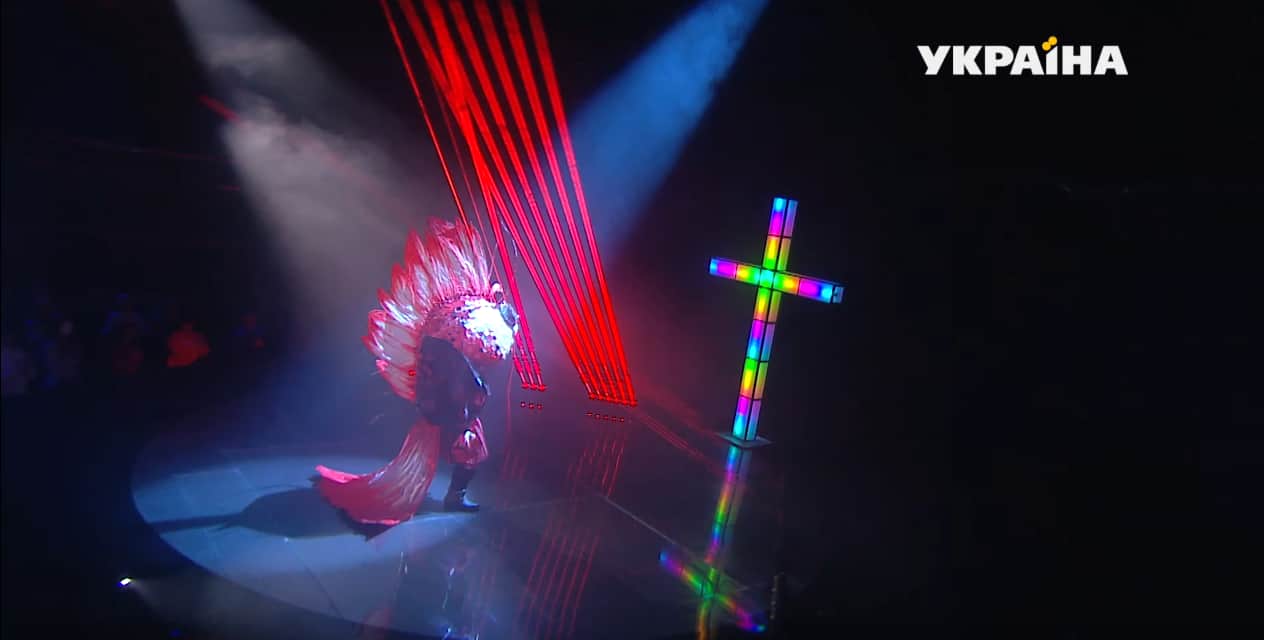 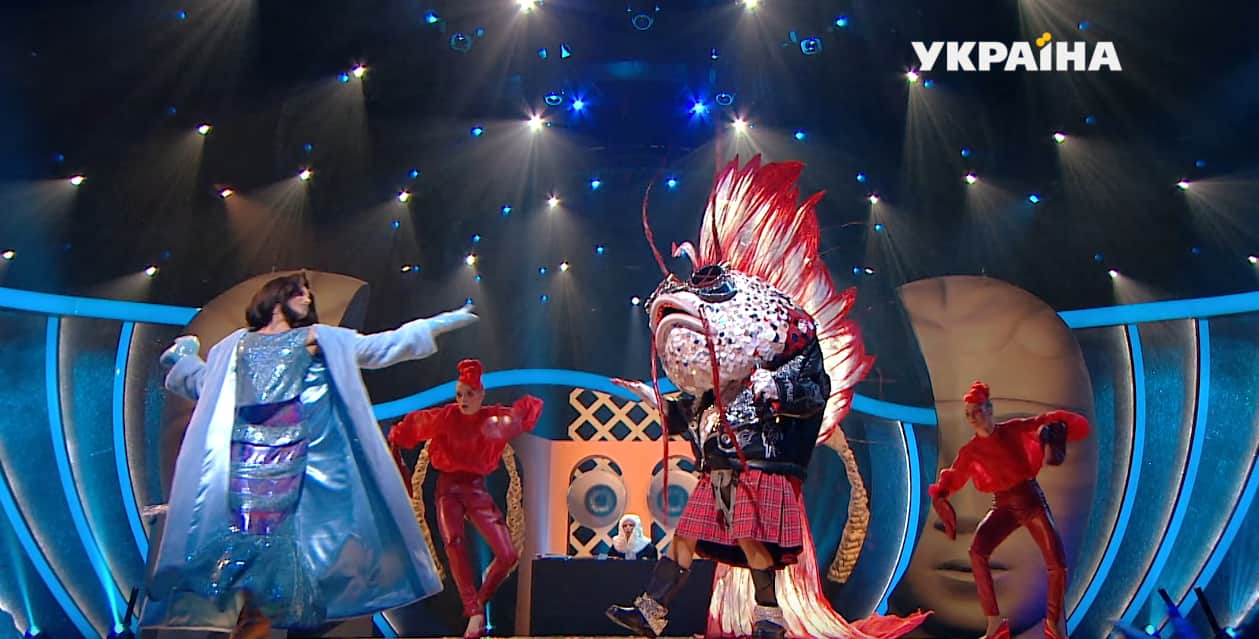 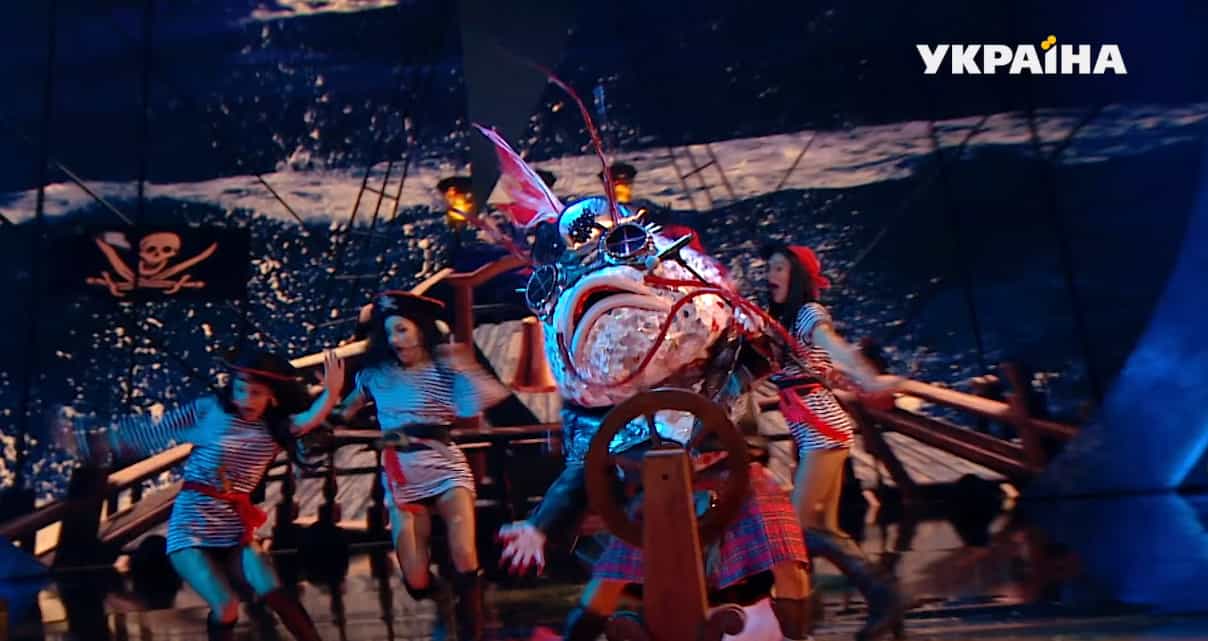 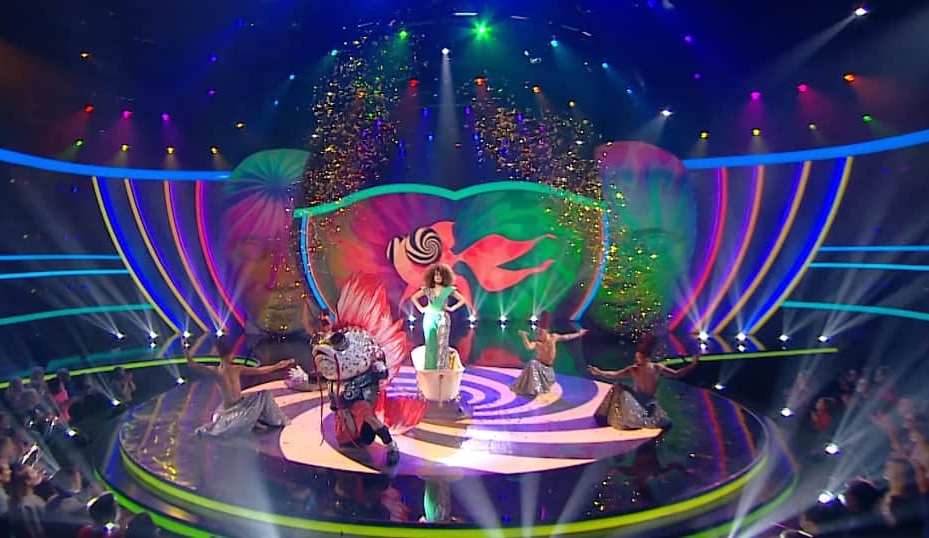 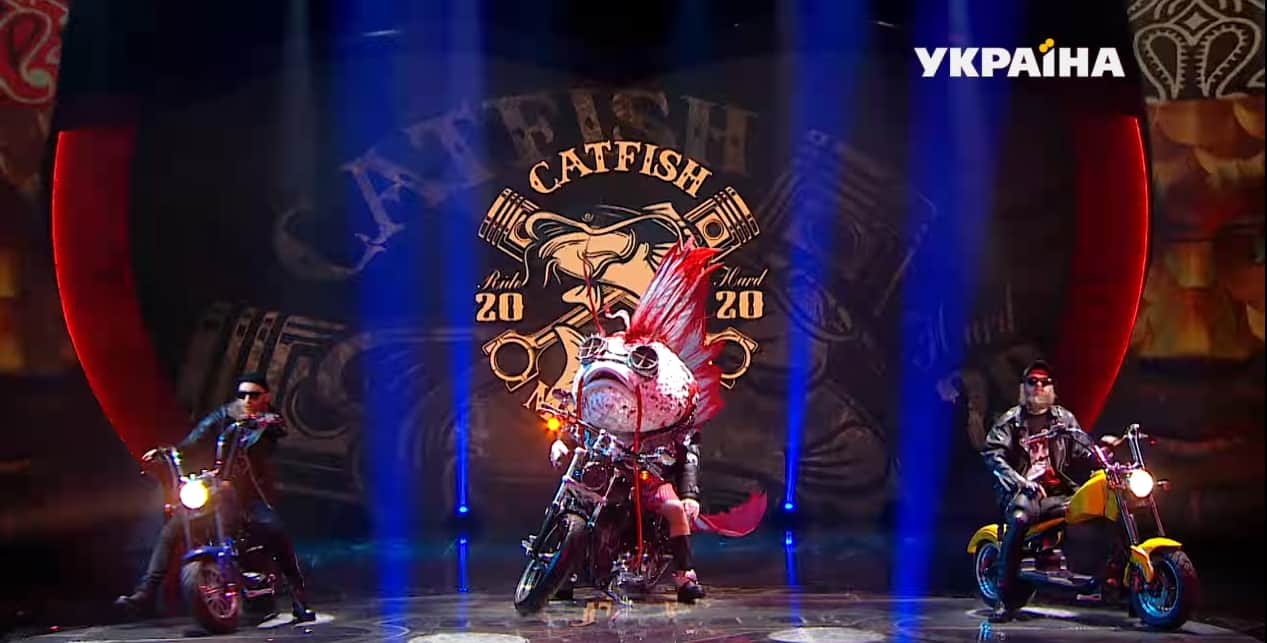 Let me slightly go over these performances. First, we start with Sexbomb, killing Nemo and friends (click on the image to see what I'm talking about) and we've got a reverse mermaid AND actual mermaids.

Personal Jesus is a bit of an outlier and has a very minimalistic background with just one prop and stage lights, but I must admit it does well with what little it's got.

Then we've got whatever's going on the third one, but it kinda fits. The lobster women tie with the aquatic themes and the overall weirdness pairs with Som's design.

Then we take a deep dive (HAH) into aquatic themes with a full fledged pirate stage and some crazy camera work.

Then we get AN ENTIRELY PSYCHEDELIC/TRIPPY PERFORMANCE and I'm not even bothering to tie it in because I just LOVE those and I'm so glad my favourite mask of this season got it.

And we finish with Live is Live, which I personally find bittersweet because this is Som's last performance before his elimination, but it's biker-themed and it starts with him on a Harley, it's everything I could have ever asked for.

Not only that, his very design is visually striking and full of interesting details, no matter what angle you're looking at. Som shows how much a character concept can be enriched by making it visually interesting from all angles, making every detail count and throwing something entirely off-baller from time to time. 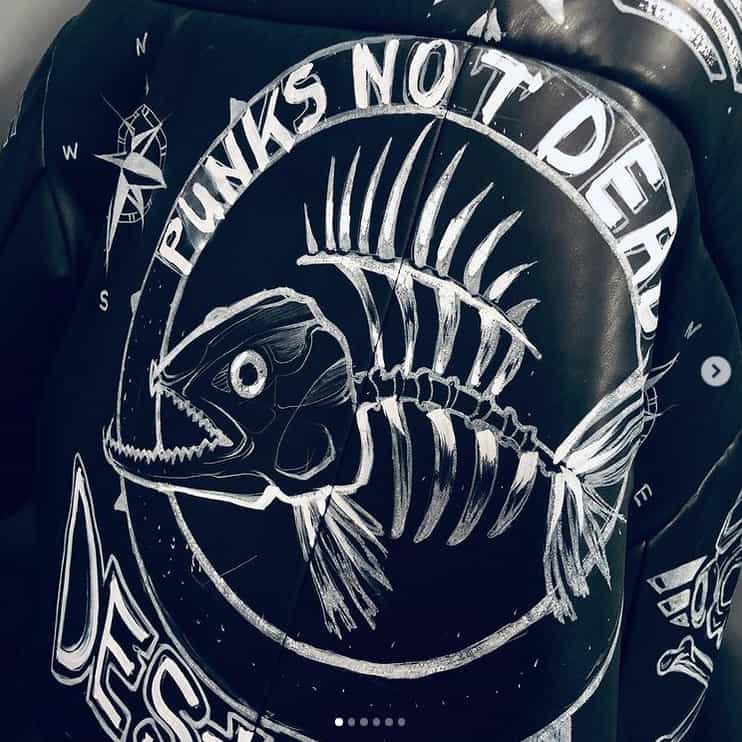 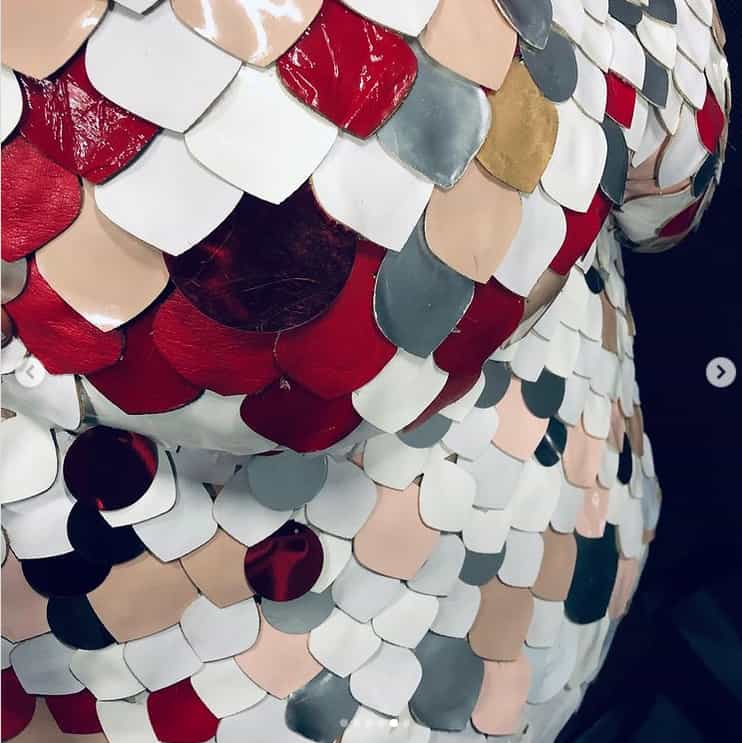 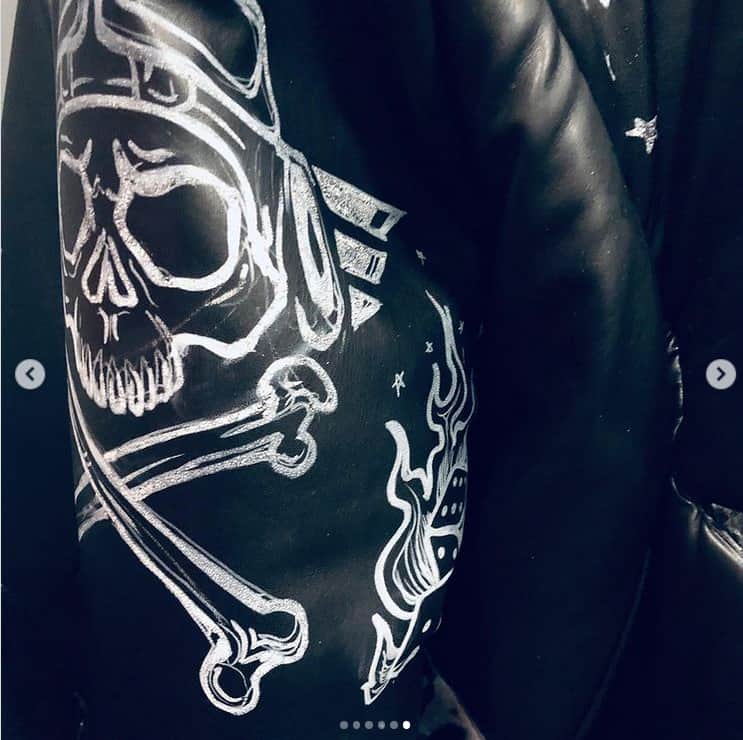 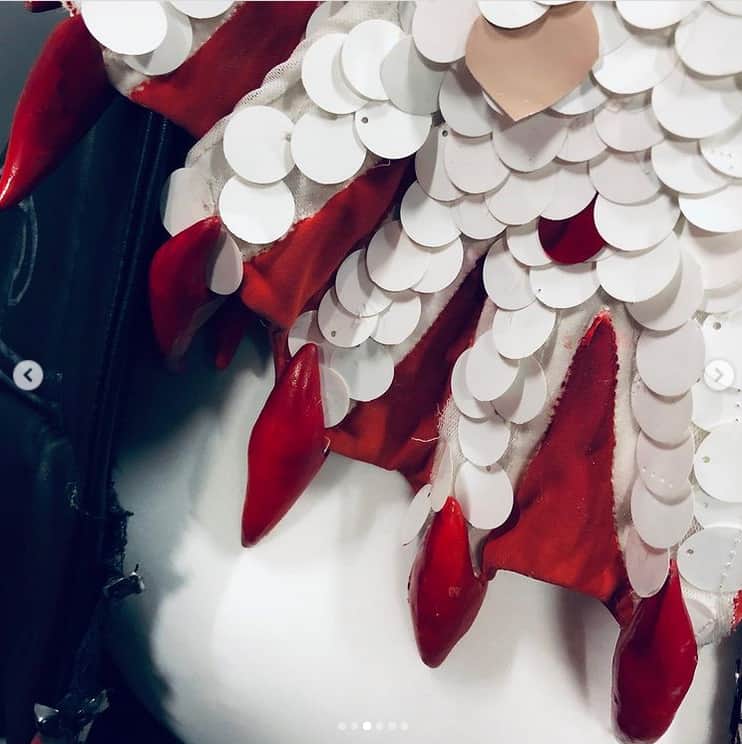 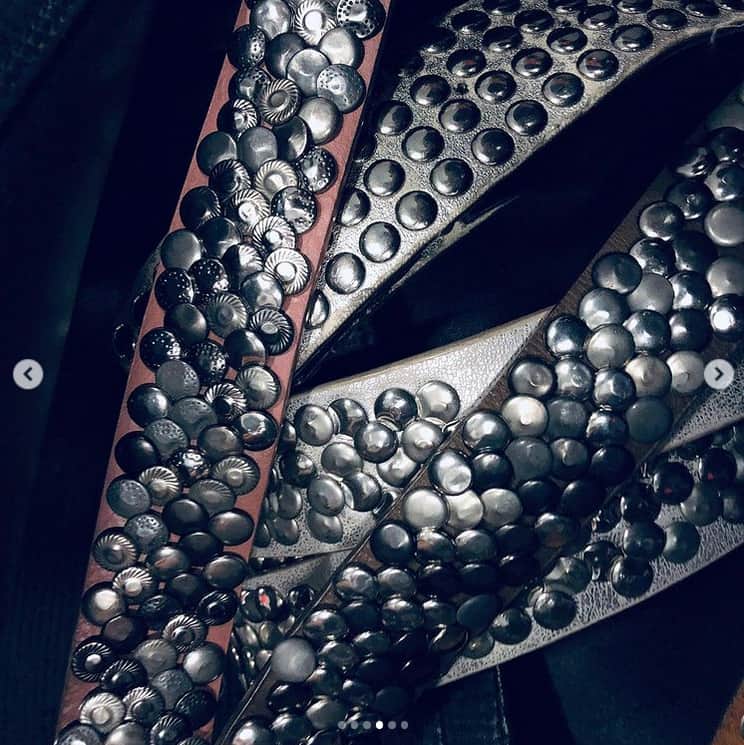 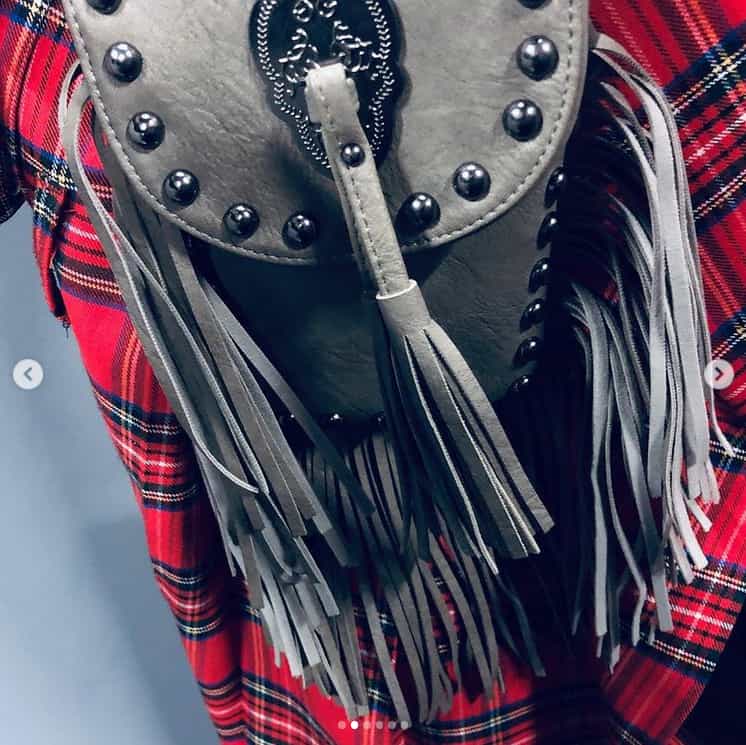 Som's personality is also very fun and engaging to me, perhaps because he is the only mask to regularly speak English (and thus, as a non Ukrainian-speaking person, I find it easier to get what he's saying). This is in fact, his main gimmick, personality-wise: he was supposed to be this English-speaking foreigner who might have been an international star... but you could say he catfished everyone (I'll see myself out).

I also have to give massive props for Irakli himself for moving around so well in that costume - it looks so heavy, especially on the shoulders, yet he manages to move around in such a lively manner, doing little dances, poses and jumps all around.

Som also has a tendency to evade questions made by the panel by answering in character, and shows to be quite haughty, rude and even aggressive, making questionable gestures to the panel when they mention eating him or kicking another mask when being left out of a group hug (Drakon is even more violent than him, but that's a story for another time).

He does have some sweet moments too, tho. 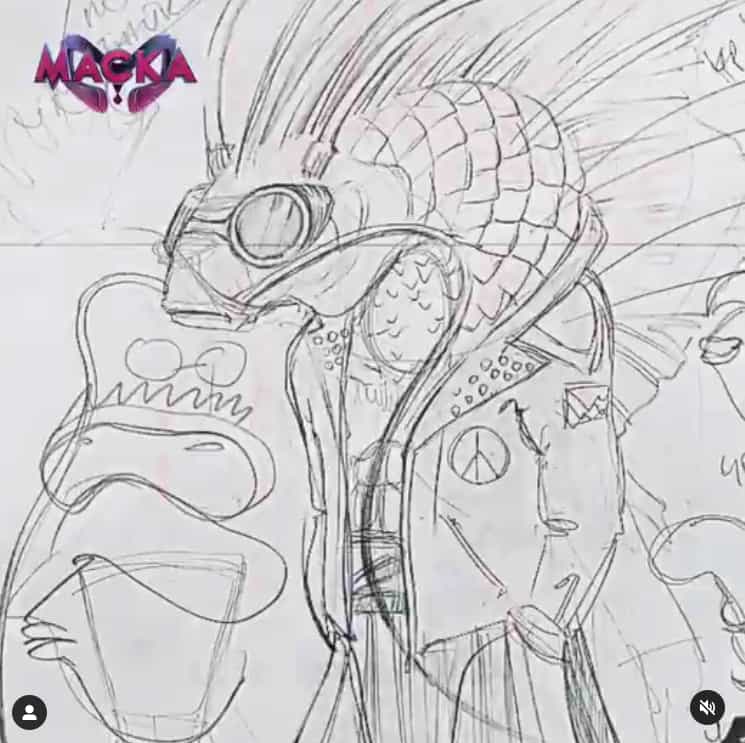 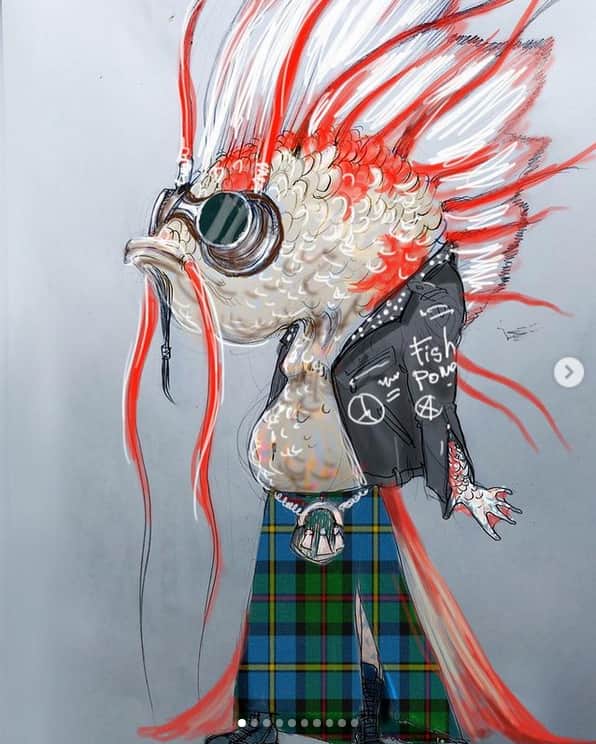 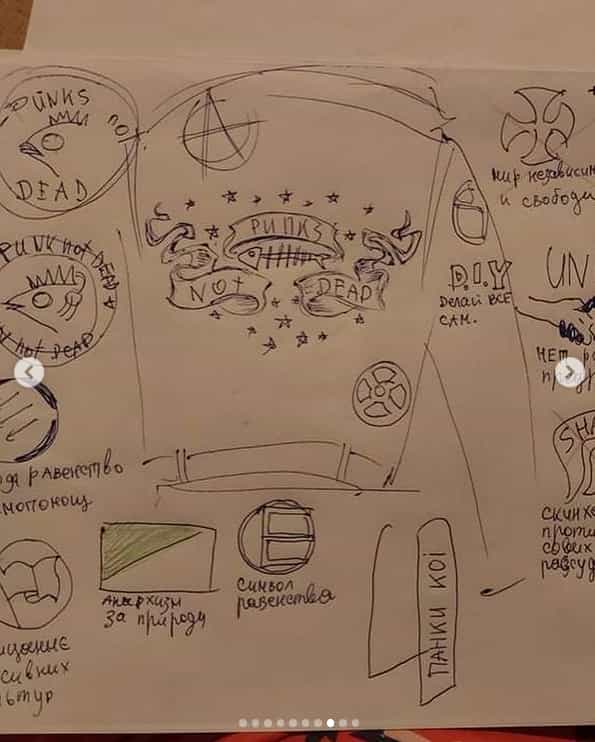 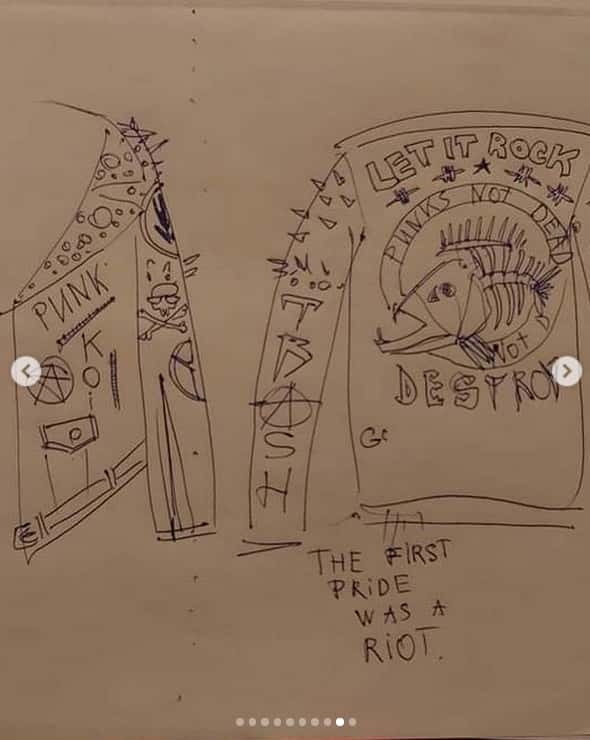 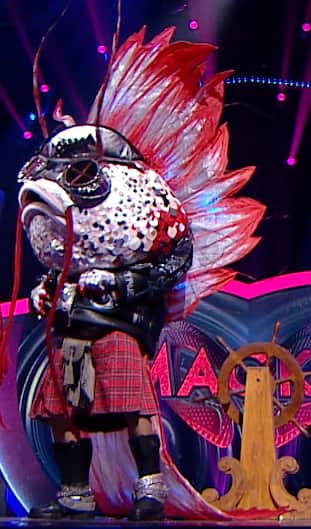 Just one! A lil' pirate hat. 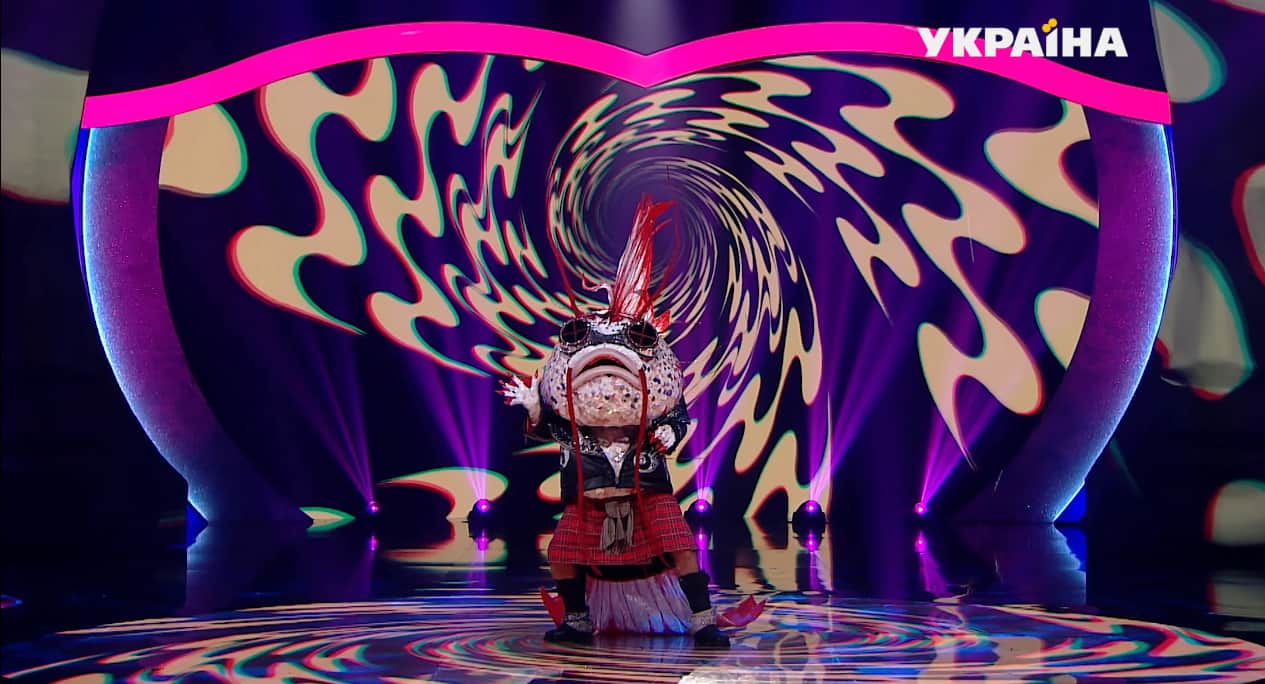 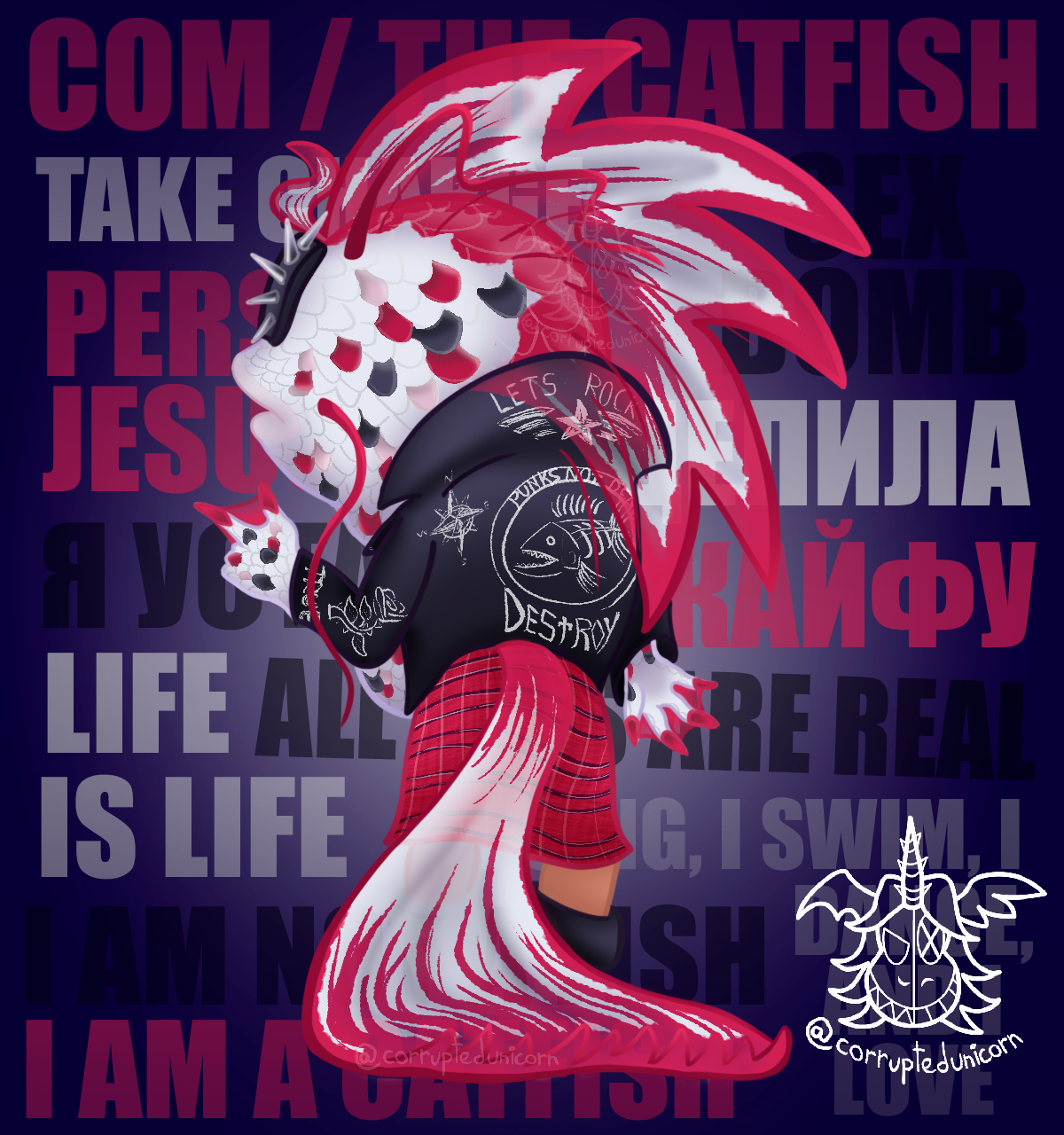 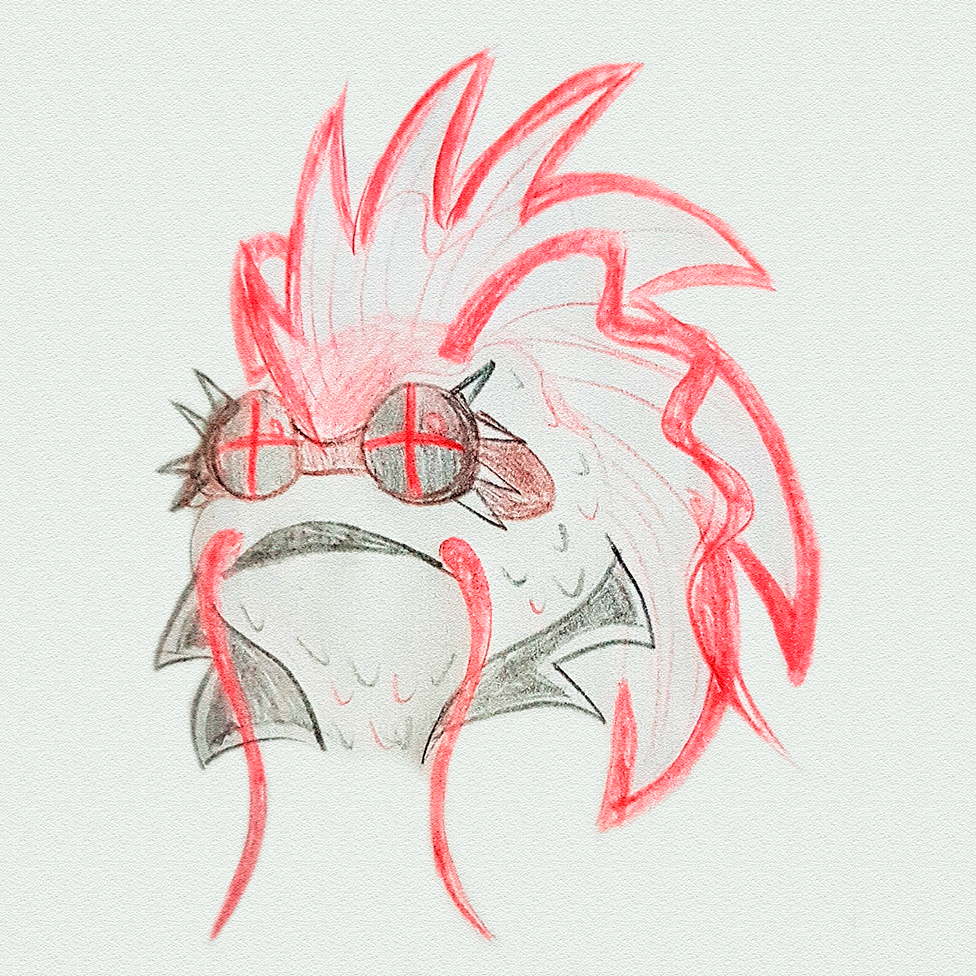 Got any fanart you would like to be featured here? Contact me at corruptedunicorn [at] protonmail [dot] com!