Pfeife* (also known as Pfee-Pfee, Pfeepaw, Fefe, Pfeef, Pfeefer, Piffi or "El Puto Pito") is a whistle mask from the 7th season of the German version of the Masked Singer.

*(pronounced like "Fievel", but my spaniard ass sometimes goes "pfeyy-feh" (P is pronounced))

Germany has a Masked Singer with a fairly long tradition up to these days (in fact, I'm pretty sure it's the longest-living TMS from Europe so far) and an unique way to do things, both good and bad. Episodes are recorded live, with all that entails, and they're pretty good at making cartoony styled masks (and then making plushies of said masks). Most of the time. 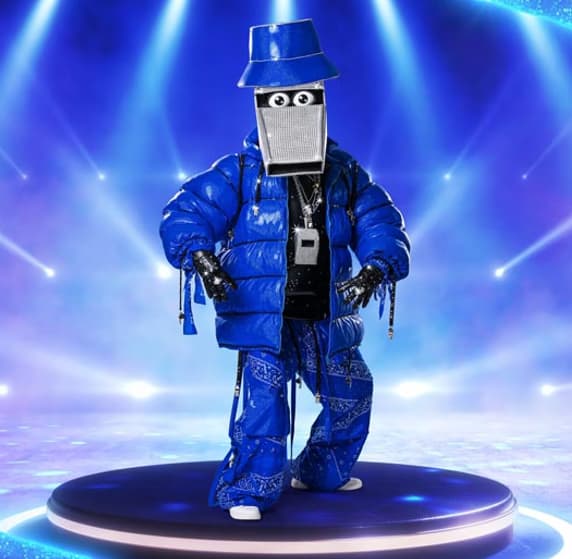 Pfeife is the second object-head mask created for the franchise, and the first one to be a "singer" (the first one, Buntstift, was created for The Masked Dancer, a spinoff).

Pfeife has a simple yet striking execution. He's a whistlehead with a hip-hop inspired aesthetic: a skateboarder and graffiti artist with bulky blue clothing, a bucket hat, lots of silvery chains (including an oversized whistle) and a deep, fatherly voice.

His face is designed in a way that his eyes are lodged inside that little "slot" whistles have, making him look like eternally peering and peeking. Initially, one would think that the mouthpiece is exactly that, a mouthpiece, giving him a Birdo-like appearance, but it turns out... 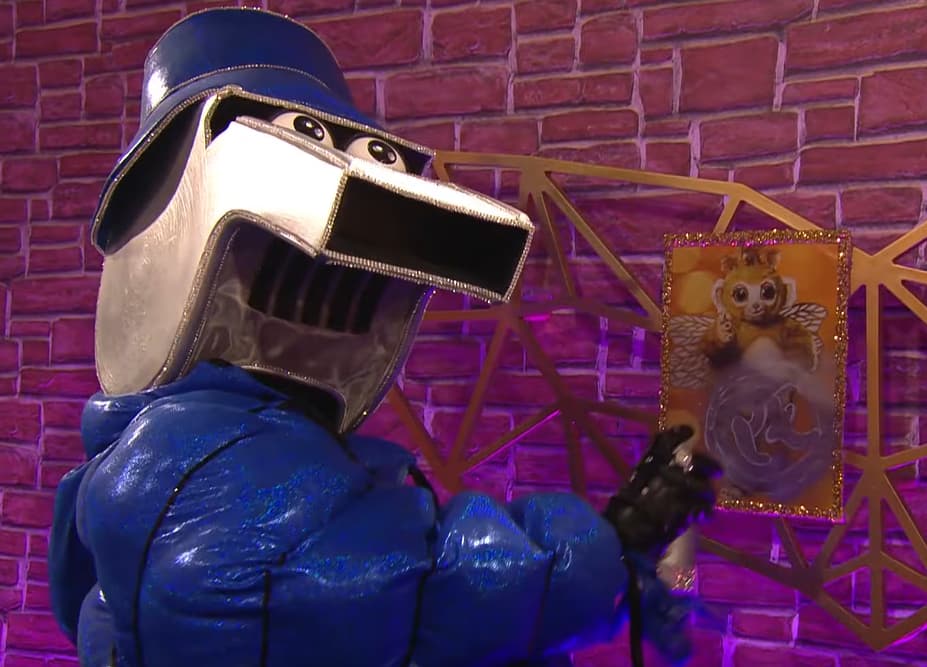 ...he's got teeth! A sewer grid-like orifice from where I presume the celebrity under him looks through and breathes. They're only visible under certain angles, mostly 3/4 and looking up. 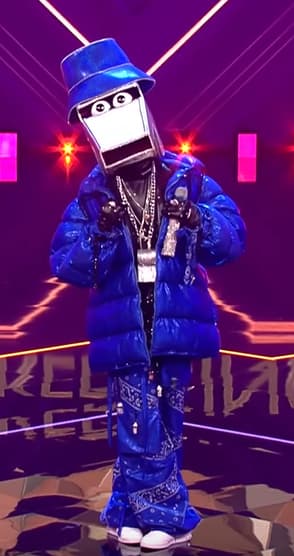 I said in my object head shrine (where he also makes an appearance) that facial features must be well thought and placed in object-heads to avoid bland and boring designs. Pfeife here couldn't have gotten that any more right. His expression changes a lot depending on whether he's looking up or down, thanks to those teeth, and that's something you don't always get the chance to do with a rigid, unmoving mask. He can go from a Banjo-Kazooie kind of cartoony shiftiness to a goofy Wallace and Gromit kind of grin with the tilt of a head, making him very charming on top of the muppet-like quality of his eyes, which overall makes him very funny-looking.

In addition to this, most Germany masks are given a personality and a small backstory to go along with them. Keep in mind I take the following from what I'm able to translate thanks to translation machines, what I can see through performances and what I'm told through third parties who get to watch the show live. If anyone would like to pitch in their two cents, they're more than welcome to contact me so I can learn more about one of my favourites.
Pfeife here is officially described as a street-smart, socially conscious whistleblower who denounces violence and injustice and isn't afraid of disobeying the law but has his heart in the right place. 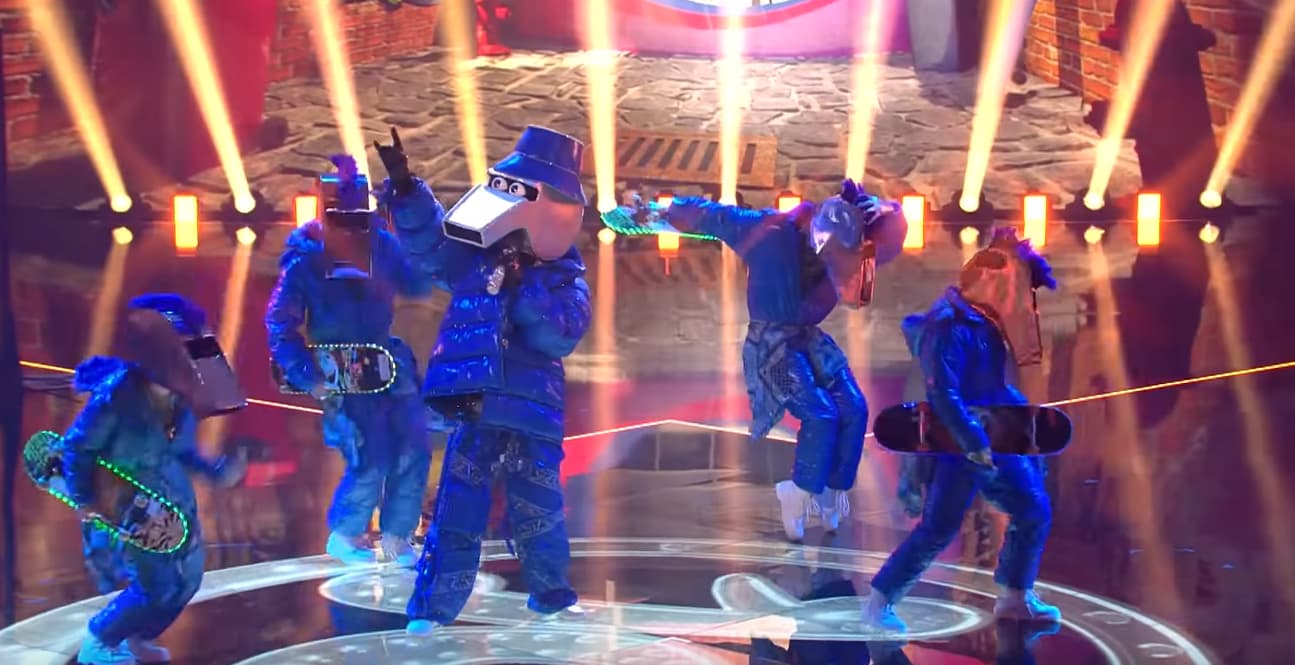 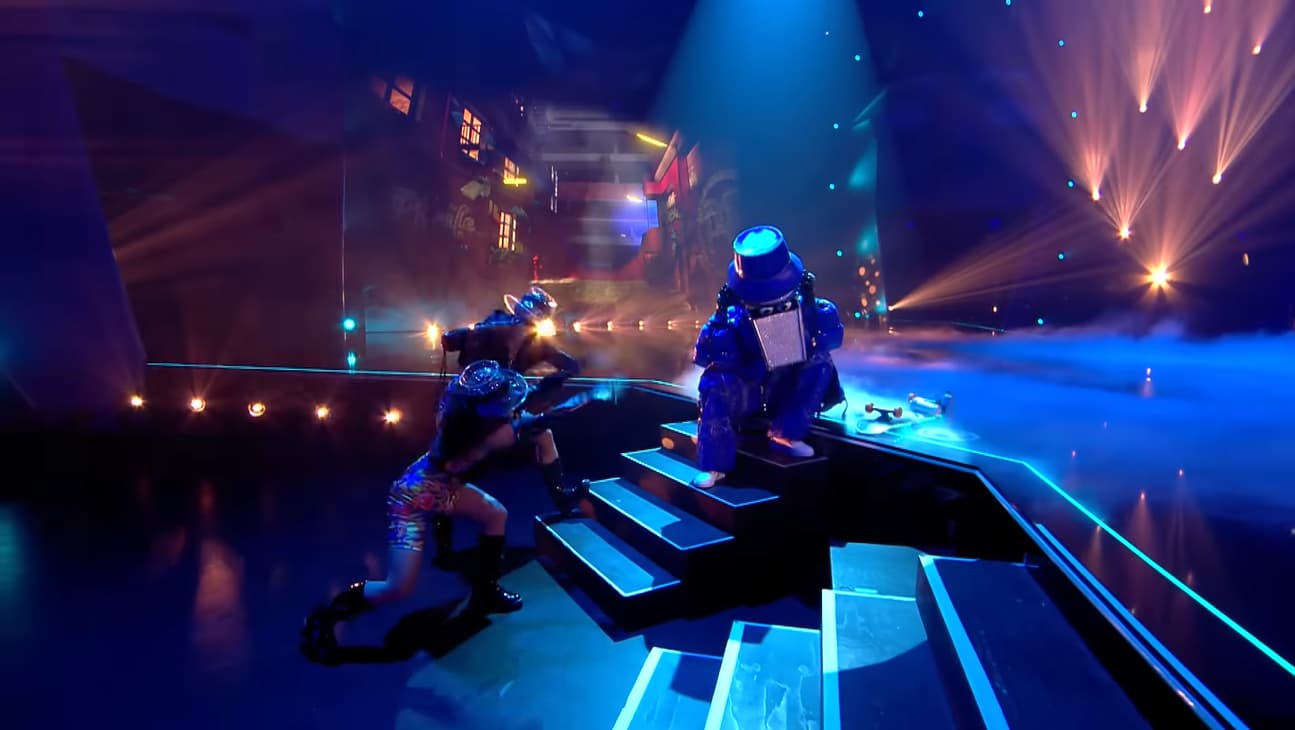 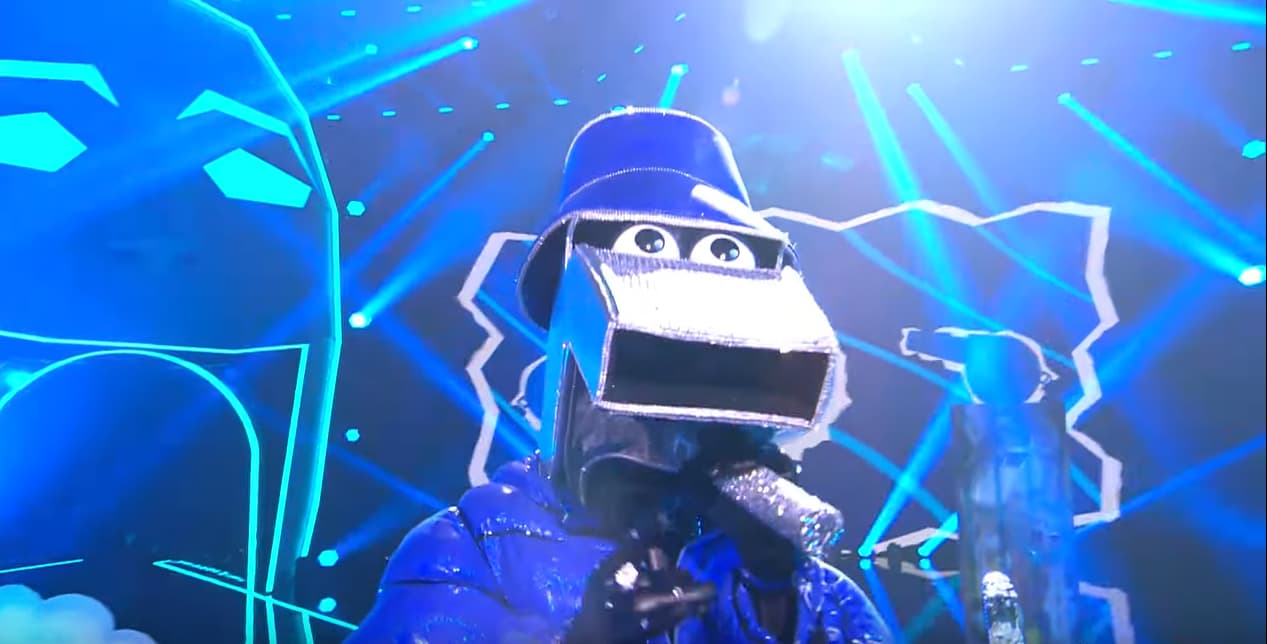 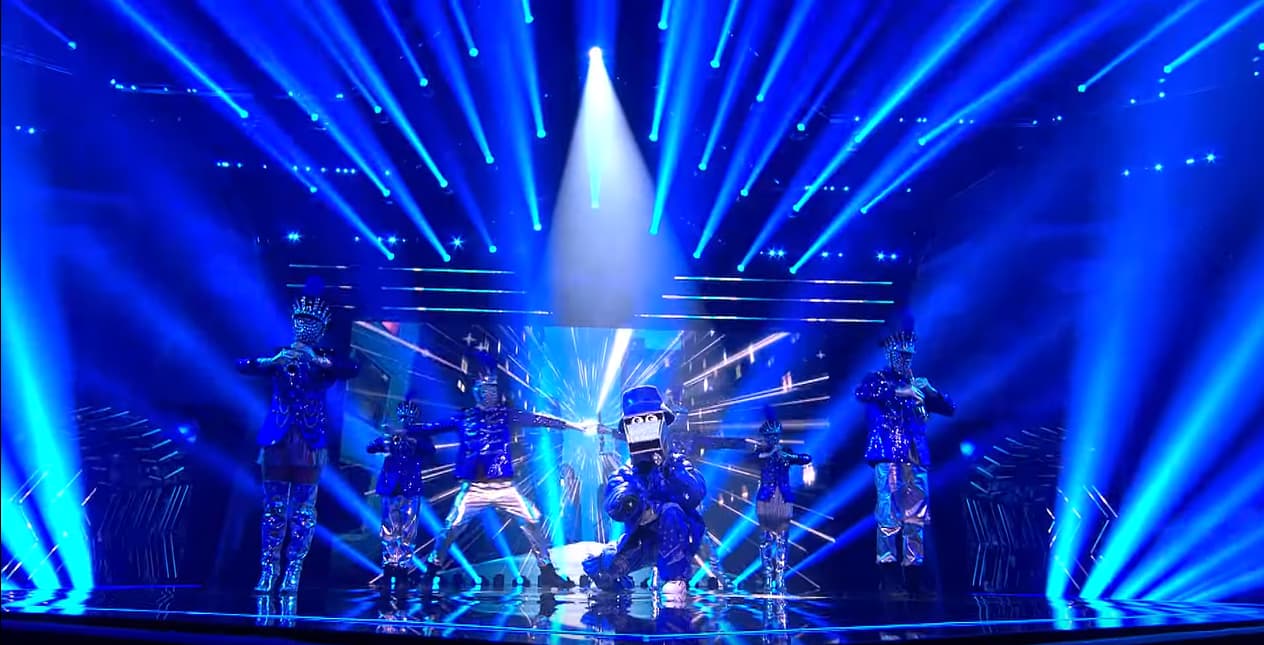 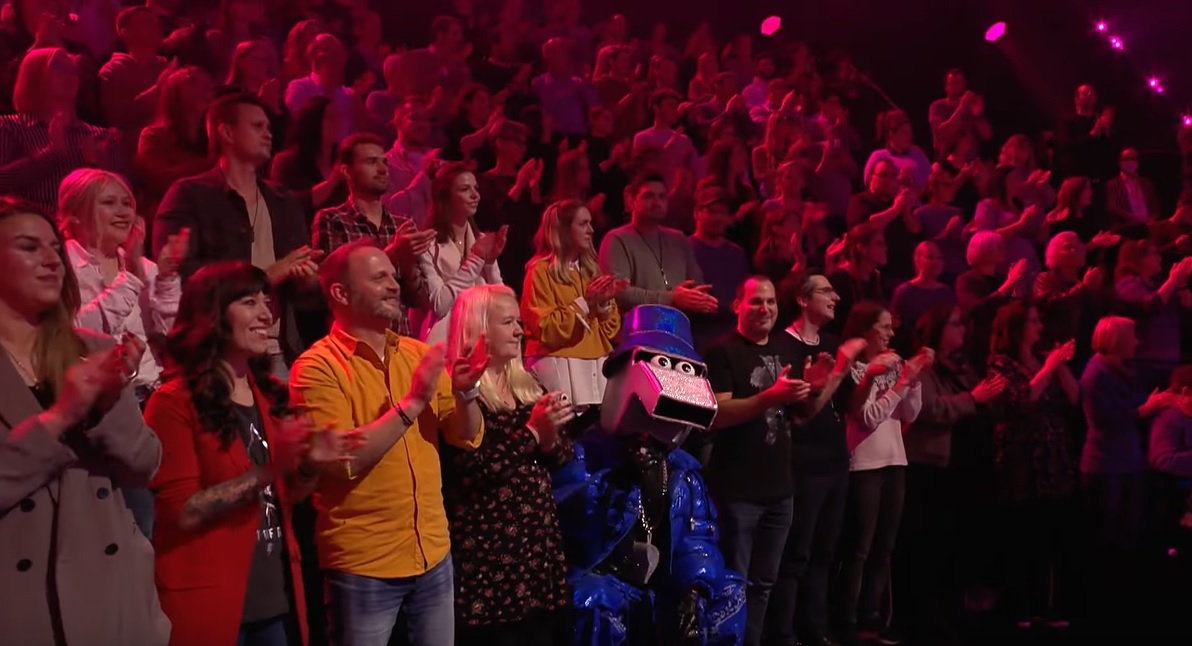 If you were to ask me, Pfee-Pfee's best performances are the first and the last. His voice is at its best at them, and he gets to do a little dance on both. While I appreciate they gave him a slower, more emotional song with Wicked Game (one of my most well-regarded songs), I must admit his voice isn't quite prepared to carry it: he struggles to hit highs, sings out of tune and, due to the live recording format, you can tell sometimes the clinking of the whistles or when he's gasping for air (it's not as bad as other contestants tho, some of them need a goddamn oxygen tank). Despite all of this, you can tell he's trying to convey this heartbroken, desolated emotion, and even if it's not an excellent Wicked Game cover, I appreciate his efforts and the fact one of my favourite songs went to one of my favourite masks.

Scenery-wise, it's simple but it's all great. Most of the performances play with Pfeife's urban/graffiti aesthetic, with an emphasis on skateboards and spraypainting on Smooth Criminal. Scene is more minimal and melancholic on Wicked Game, complete with foggy floor and an enigmatic bubble-like heart (also why is the skateboarding ramp on fire now??). Then, on his duet with Zahnfee, the focus is back on whistle and spraycan motifs. Finally, on Live and Let Die, there's a whole marching band theme to it, which ties with the "urban" setting in a not-so-obvious way, which I appreciate. The blue lighting and overall "nocturnal" feel adds up to it, I couldn't word why yet.

In a nutshell, Pfeife is a mask I love a lot, it's a simple yet well executed object-head design, he's cute, funny and cool, and his voice is delightfully deep. And he made his appearance at a time I needed something to distract my mind from something else more worrying, so that's always bonus points. Whoever is under him is neither a professional singer or actor, but I appreciate him putting so much effort bringing this character to life.

Including memes because my brainrot is massive. I'm sorry, I just look at him and I get that "cuteness proximity stupidity" people get when approaching baby animals. I bet he makes obnoxious whistle noises as his soundfont. I want to hold him like a baby duck. 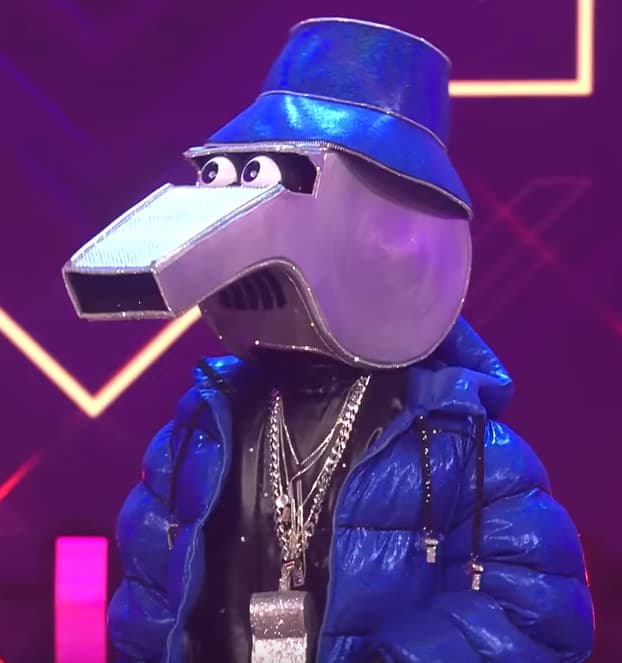 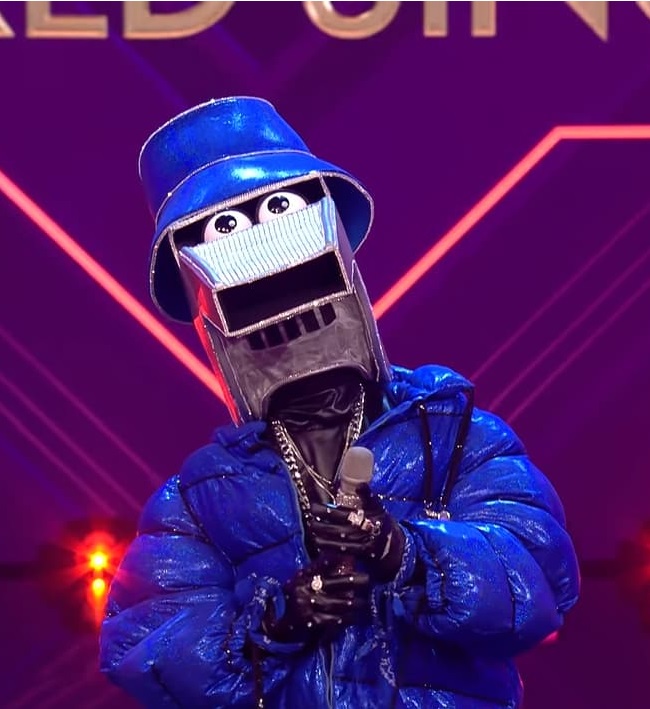 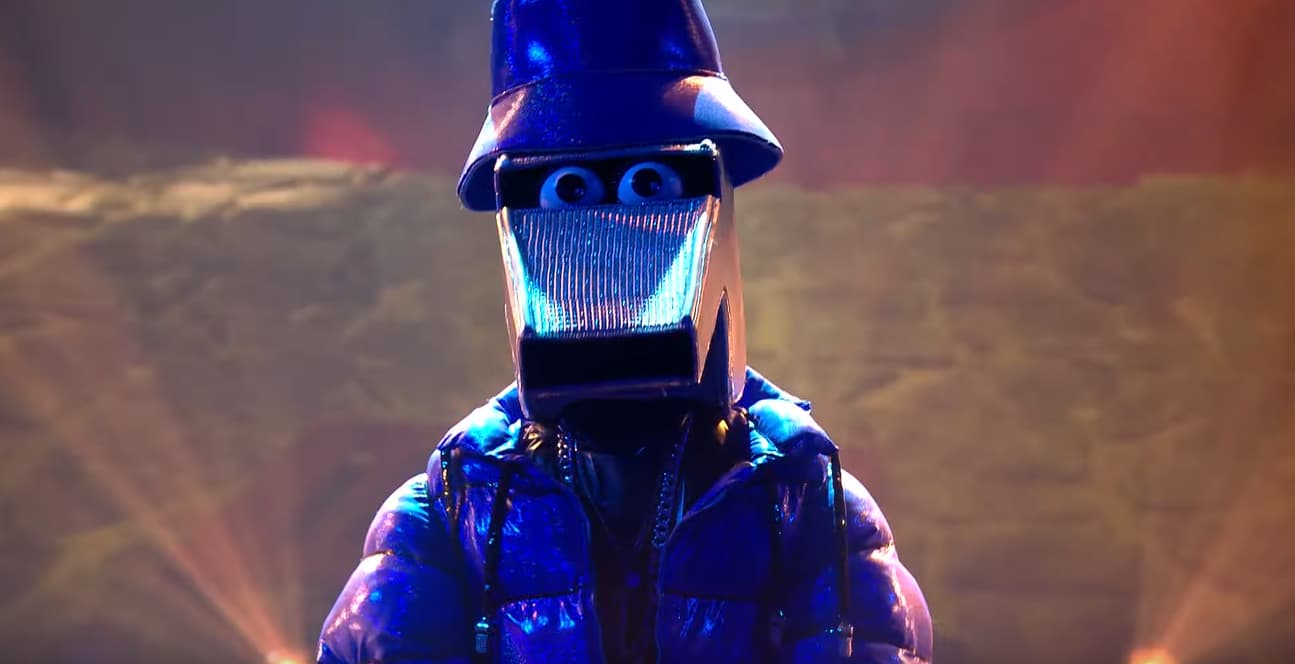 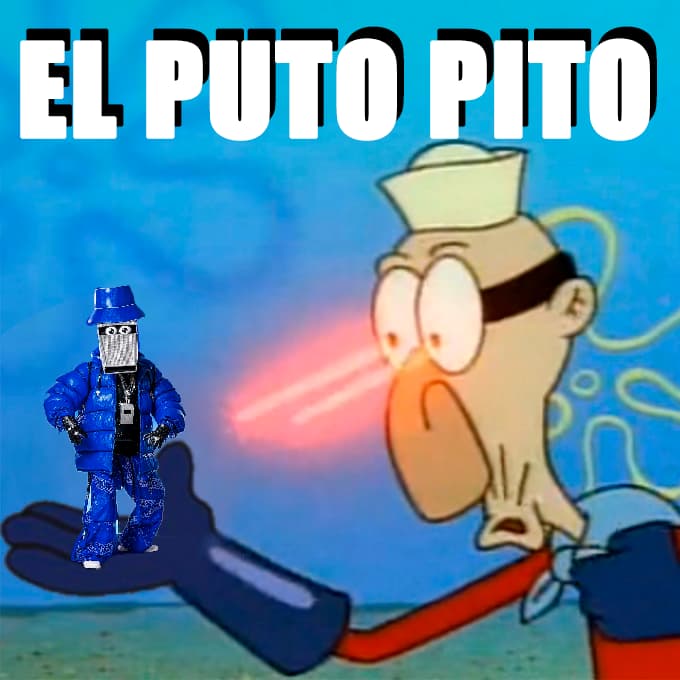 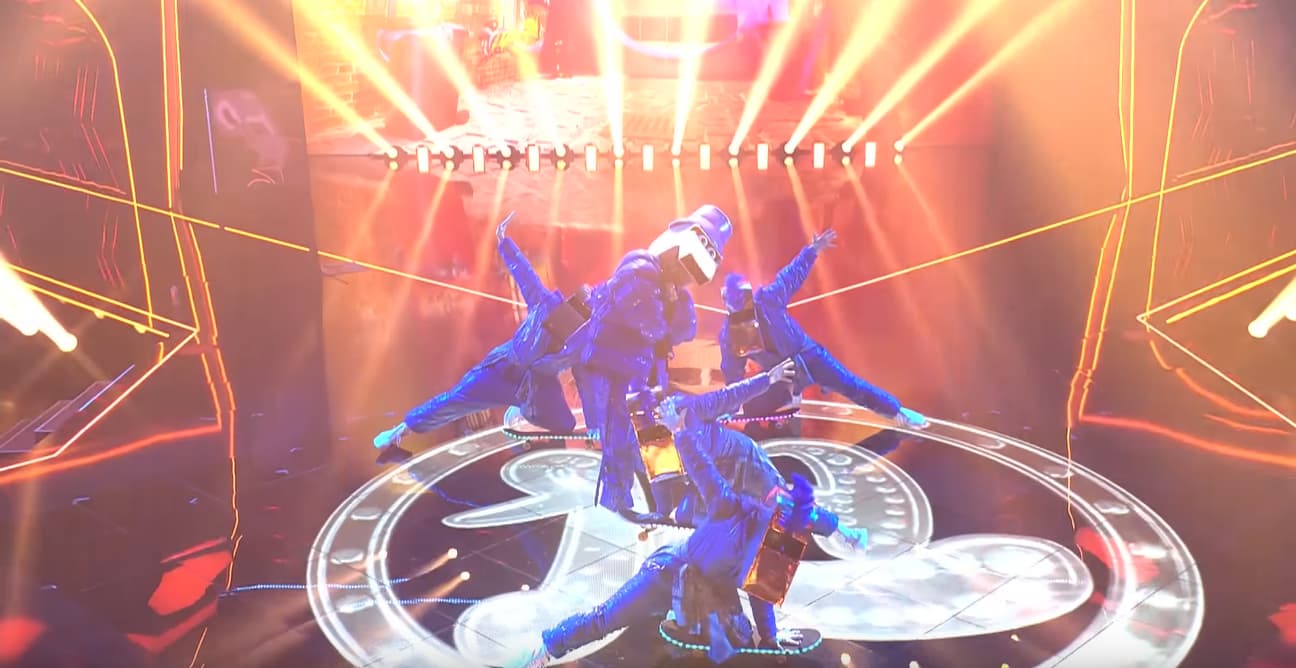 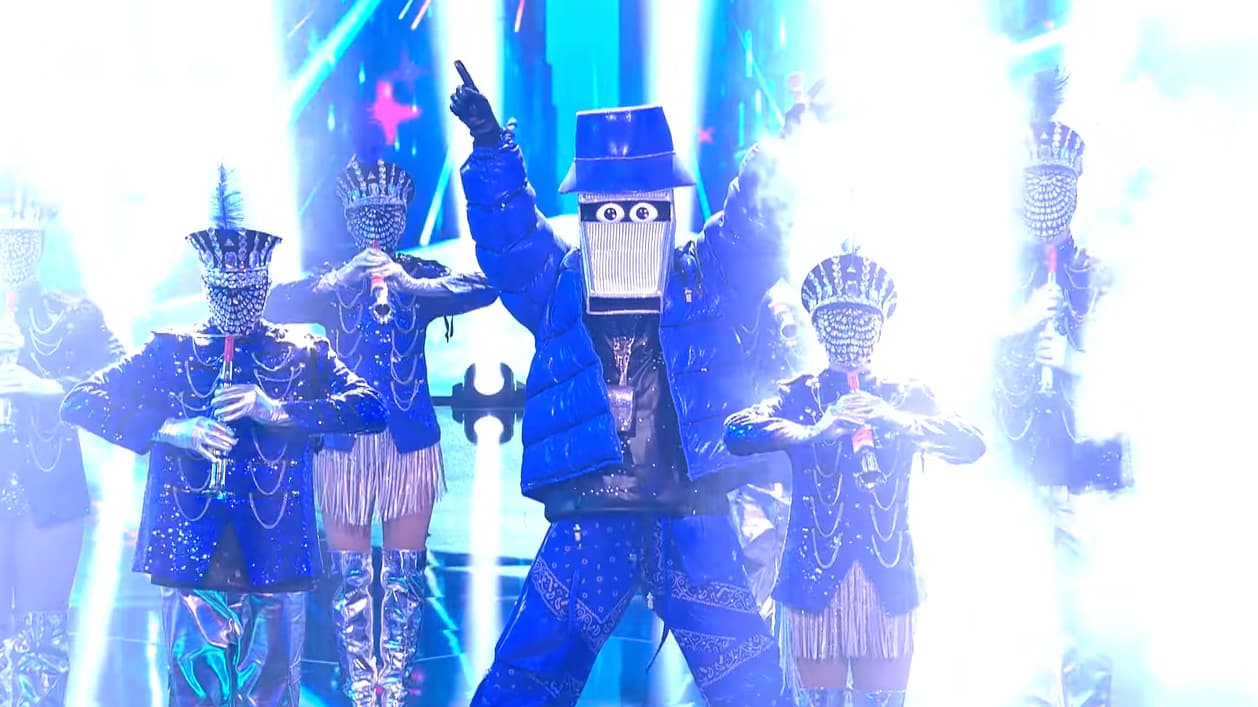 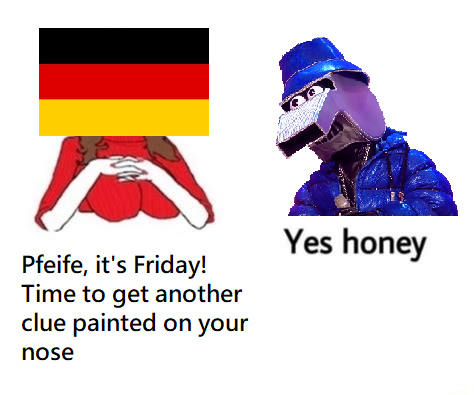 He fidgets a lot during the panel moments.