Neopets is what is probably the most important, iconic and influential virtual pet website from the 90's/00's. In there, you can adopt a virtual creature called a Neopet, feed it, play with it, customize its appearance, explore with it a whole world of themed lands and engage in a wide variety of artistic activities such as writing, drawing, coming up with poems or funny captions or literally anything goes.
This website appealed to me immensely as a child with a desire for an animal companion and a wish to explore the world (similar to Pokémon, don't you think?). This world was so full of details and things to do I could literally ramble about Neopets for hours and hours. And not only that, Neopets was probably my first official introduction to the Internet. Nowadays, my memories regarding the website are rather bittersweet, but this time, let's focus on the sweet.

Once upon a time, little Corrupted was reading a children's magazine when she came across this picture, along with a description to what Neopets was and what could you do in there.

If the allure of a virtual animal wasn't enough, it was definitely the strange kitty cat with extra ears on top of antennae. Since Pokémon, I wanted "fictional" animals that were different from real ones. It was like, I wanted more animals, not more of the same we already got. Everybody can make a cartoon dog or a dinosaur - but the Aisha was something else, something more than just a plain ol' cat.
And from that point, little Corrupted's life was never the same.

Neopets was so full of things to discover. Pets could be fed and play, but they also could get sick from dozens of strange and deadly-sounding diseases, and had battle stats, and could have rare and wonderful new appearances, and could reject your food because it looked yucky, and could even have pets of their own. You could explore medieval worlds, sci-fi worlds, prehistoric worlds, scary worlds lost in the depths of a haunted forest or beautiful worlds on the clouds that hid the most desired items of the world. There were even rumors of a world entirely made of jelly, but I'm pretty sure those rumors were fake. You could play lots of fun games to earn neopoints to buy all sorts of items: apart from exotic-looking food and plushes of every variant of pet, you could also buy cool-looking stuff that didn't really serve much purpose, or, if you really saved your earnings and milked every single last neopoint you could out of every game for months straight, you could purchase even more wondrous things: codestones, bottled fairies, the ever-so-coveted paintbrushes, or map pieces to a mysterious laboratory that could change your pet completely at random, once per day.

It was too much for my 8-year old brain. I was deeply enthralled with Neopets and bored many relatives and friends because of it.
Unfortunately, nobody around my social circle in the physical world shared or even understood my passion for Neopets. However, there were people who did, inside the own game.
Yes, I'm talking about other users on Neopets. This was the first time I contacted people over the Net, and even made my first online friendships there.
But first, let's stop to talk about my first friends on Neopets: the Neopets themselves.

Remember what I said about preferring creatures that weren't just plain versions of real life animals? Yyyeah, I kinda forgot about that when I made my very first Neopet here. This is Leonardo_[Some number sequence I forgot], he was named like that because I thought of a stupid "Leonardo Da Mynci" pun. I kinda wanted to make him Maraquan? It doesn't look very good on Myncies, but I appreciate the "sea monkey" idea.

About these, I don't even remember their names, but I was a very small kid and I had no idea what an "account" was, so the first time I entered Neopets on somebody else's computer (or the history/caché was cleared, I don't know) I thought my Neopet died. Cue little Corrupted making several new accounts and subsequently "losing" these pets. They were all adopts from the Pound - I am so sorry you've been given such a short new life due to a very dumb child.

But when I learned about accounts, oh lord I went insane. I made as many accounts as the game let me and I put in as many pets as I could. I even started getting my first painted pets! Around this time, Neopets did that big shift to pets with wearable clothes, but scratch that you're getting the classic images here. I used that Zafara to represent myself, and the green Ruki had a screenies page* (hey, first time using html!) Then I wanted to move him to another account and I forgot to save his page, and it got lost :(

However, what's most important about these specific Neopets is that they were my very first "OCs": I started drawing them and giving them personalities and relationships within eachother, mostly romantic ones. I drew them "looking a bit like people", and would you look at that: it was in Neopets where I first heard of the term "anthro". I still prefer that word over "furry": it has a sense of dignity to it.

*For those not in the know or forgot: screenies were screenshots of Neopets with added jokes drawn or written on, most of the time related to what was happening at the moment. Stuff like celebrating wins in games or mocking what the NPCs said. Good times.

I still find the Aisha the most iconic and nostalgic Neopet, especially when it's yellow - I think yellow is a good mascot colour. Think Pikachu, Agumon... the Minions... well, you get the idea.

I know the Ogrin was considered one of the most ugly-looking species by the TNT (the staff behind Neopets), but I do not see that at all. I find it one of the most "critter"-looking Neopets, and my best guess when I was a kid was "a zebra". I know some people think it's an okapi, but what kind of okapi has PAWS, a mohawk, and tassels for ears? None, I tell you. The Ogrin is just an Ogrin, and that's what I love the most about it.

Finally, the Zafara is another lovely critterly critter, and I've always liked animals with floppy ears. The dinosaur-like spikes, big ol' round eyes and kangaroo-like stance is a plus.

Other Neopet Species I Find Cool

As you see, this can get a little eclectic. There are some unpopular picks here, and some that are "just an animal", but lemme tell ya - the artists at Neopets know how to design a good cartoon animal. Overall I think many of them are pretty iconic of Neopets, or at the very least, I find them nostalgic or visually interesting. Also yeah I think I had more than enough Shoyrus back when I was a kid

Everybody loves those paint brushes that change your Neopet's default pose and adds a little more pizzazz to them, but I've also grown to appreciate the simpler, "patterned" colours. I personally think that Ghost and Electric look pretty striking, Disco is funky and colorful, and Cloud is sweet and serene. I do like some of the "pose-changing" brushes too, tho, especially the Faeries, the Maraquans, and the Mutants.

I loved to play KeyQuest, but never had the chance to purchase any merch that would let me get more tokens. So in memoriam of the non-existant Neopets merch in my country and KeyQuest itself, here are my favourite playable pieces. 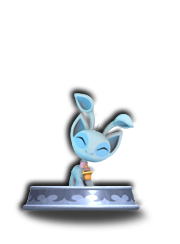 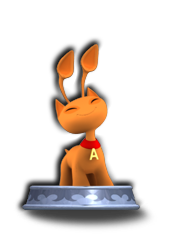 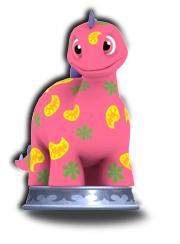 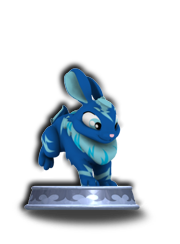 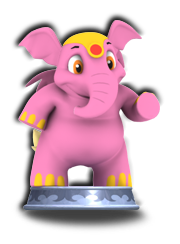 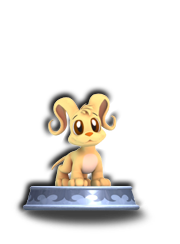 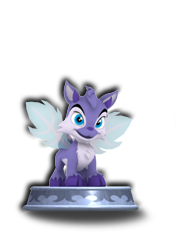 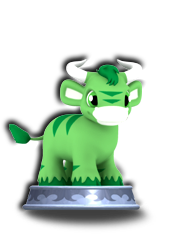 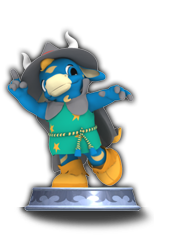 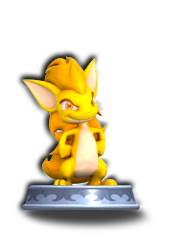 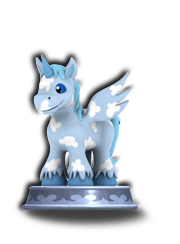 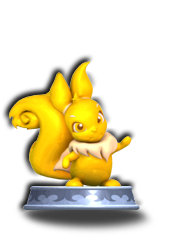 And the most cursed of them all:

Background, pictures and most gifs come straight from the source itself.

However, that jammin' Ogrin gif is from Zorr's Adoptables